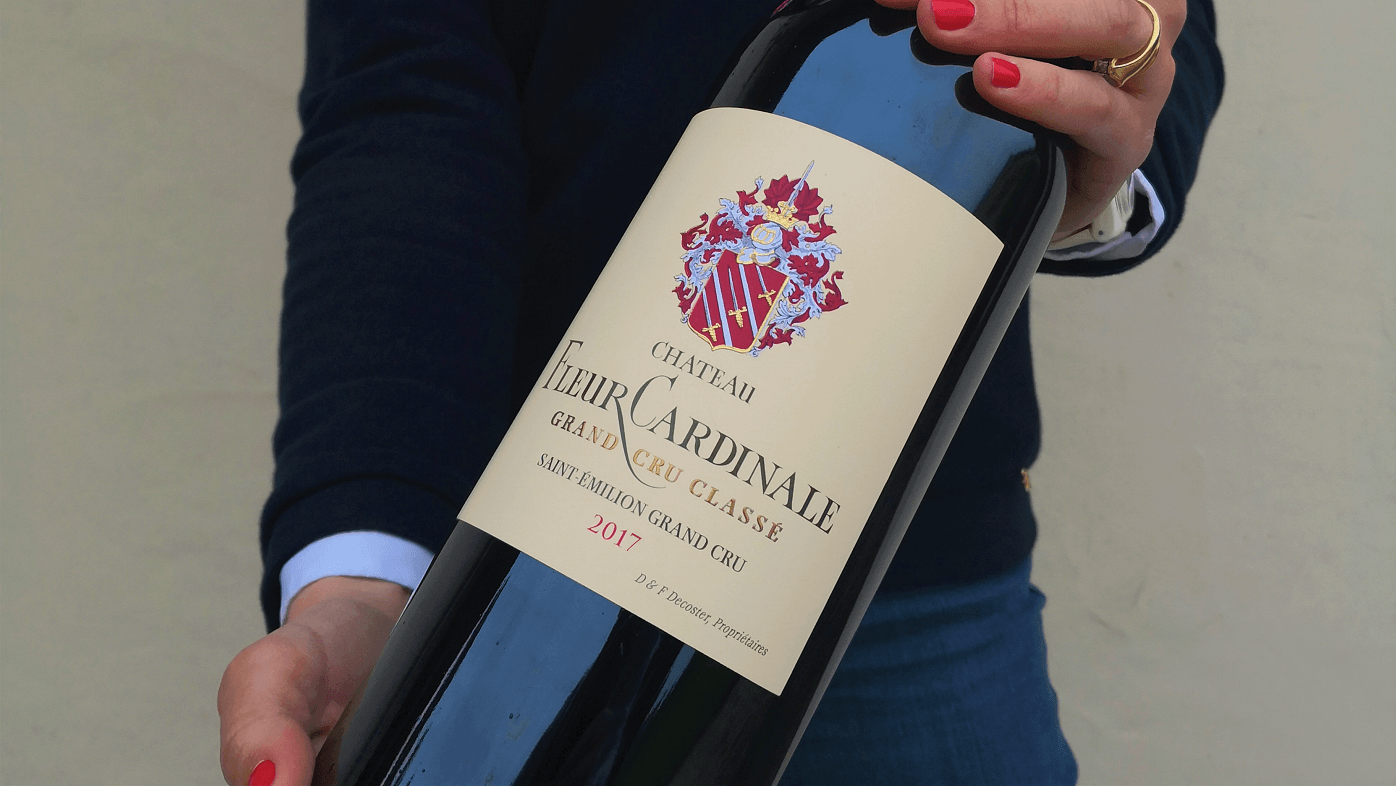 April 2018 – A very limited production, an exceptional format, an atypical blend: here is why Château Fleur Cardinale 2017 will be an apart vintage //

The first wine will come from only
8 barrels, and the final blend will be atypical

The picture above shows the whole production of Château Fleur Cardinale 2017.

In fact, only the highests plots of the estate were spared by the frost (April 2017 the 27th) and produced very qualitative first generation grapes which had the potentiel to produce our great wine.

That represents only 8 barrels.

The final blend will be different from our other vintages, with predominance of Cabernets: 35% Cabernet Franc, 20% Cabernet Sauvignon, 45% Merlot.

A made-to-measure micro-vinification,
for a wine of a laying down potential

Considering the potentiel and the small quantity of production, we decided from the start of the harvest to vinify in 8 500-litre wooden barrels, as we showed you in our havest video on the social networks.

We think that Chateau Fleur Cardinale 2017 will be as good as our previous vintages. 2017 will be very qualitative, dense and structured, with a beautiful freshness, which will be a wine to lay down.

The vintage will be bottled in magnum only,
in a numbered edition

For all these reasons, Château Fleur Cardinale 2017 will be bottled in magnum only, in a limited quantity of 1000 units.

This choice of format is very symbolic for us, who have done everything we could for the past months so that our 2017 vintage remains in our memory – and in your future tastings – as a great vintage for Fleur Cardinale, despite a very limited production.

For this reason, these “collector” magnums will all be numbered and hand-signed by Florence and Dominique Decoster.